The cymbal player is the sixth component in my music band. He is the first percussionist. You can see it here: 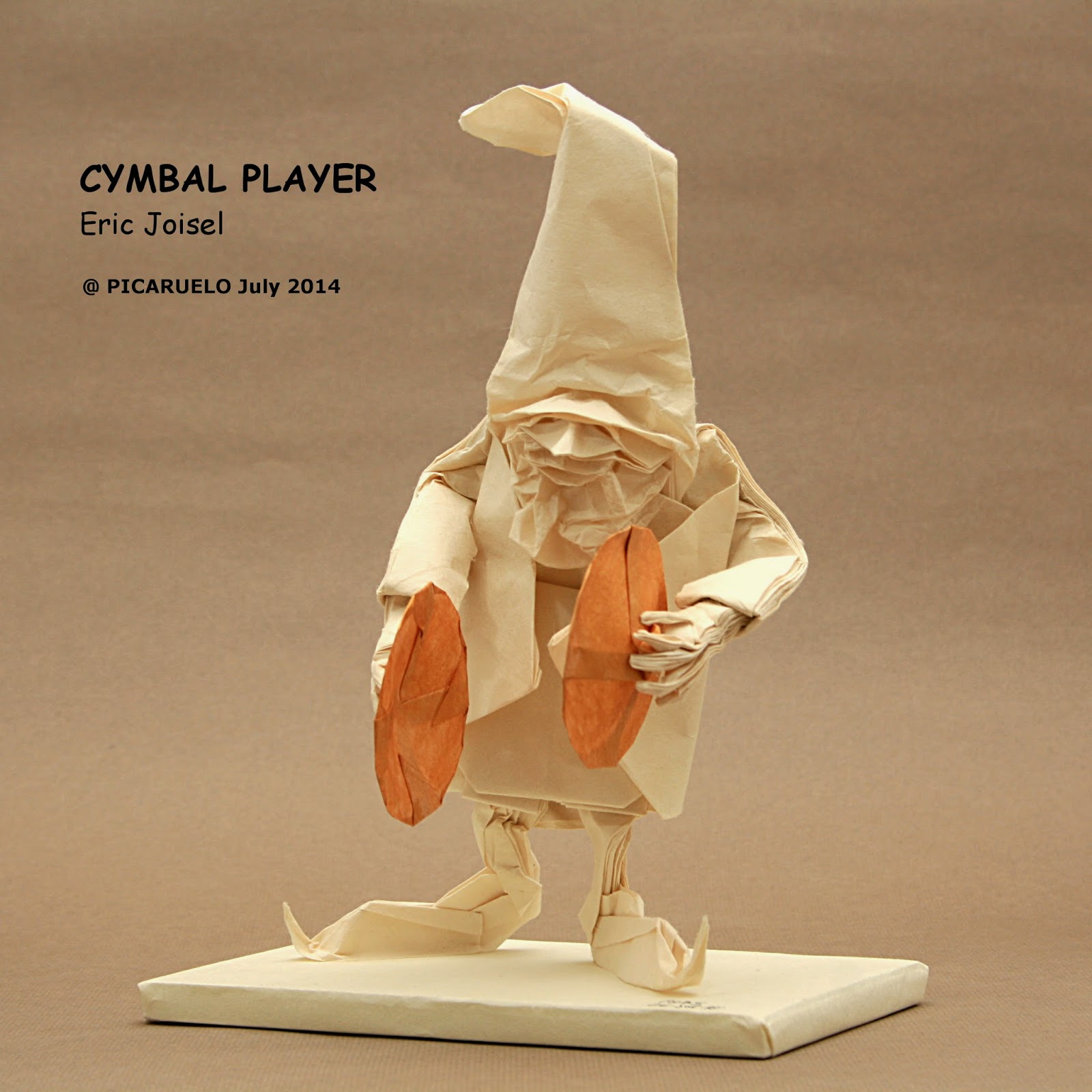 Up to now, this dwarf has been the easiest one in my collection. After folding five different models from five different bases this is the first repetition. The musician is very similar to the clarinetist in my band, it follows the same base and even beard, face and hat are similar:

The instrument, a couple of cymbals, was deduced and released by Ricardo Montecinos in his blog. 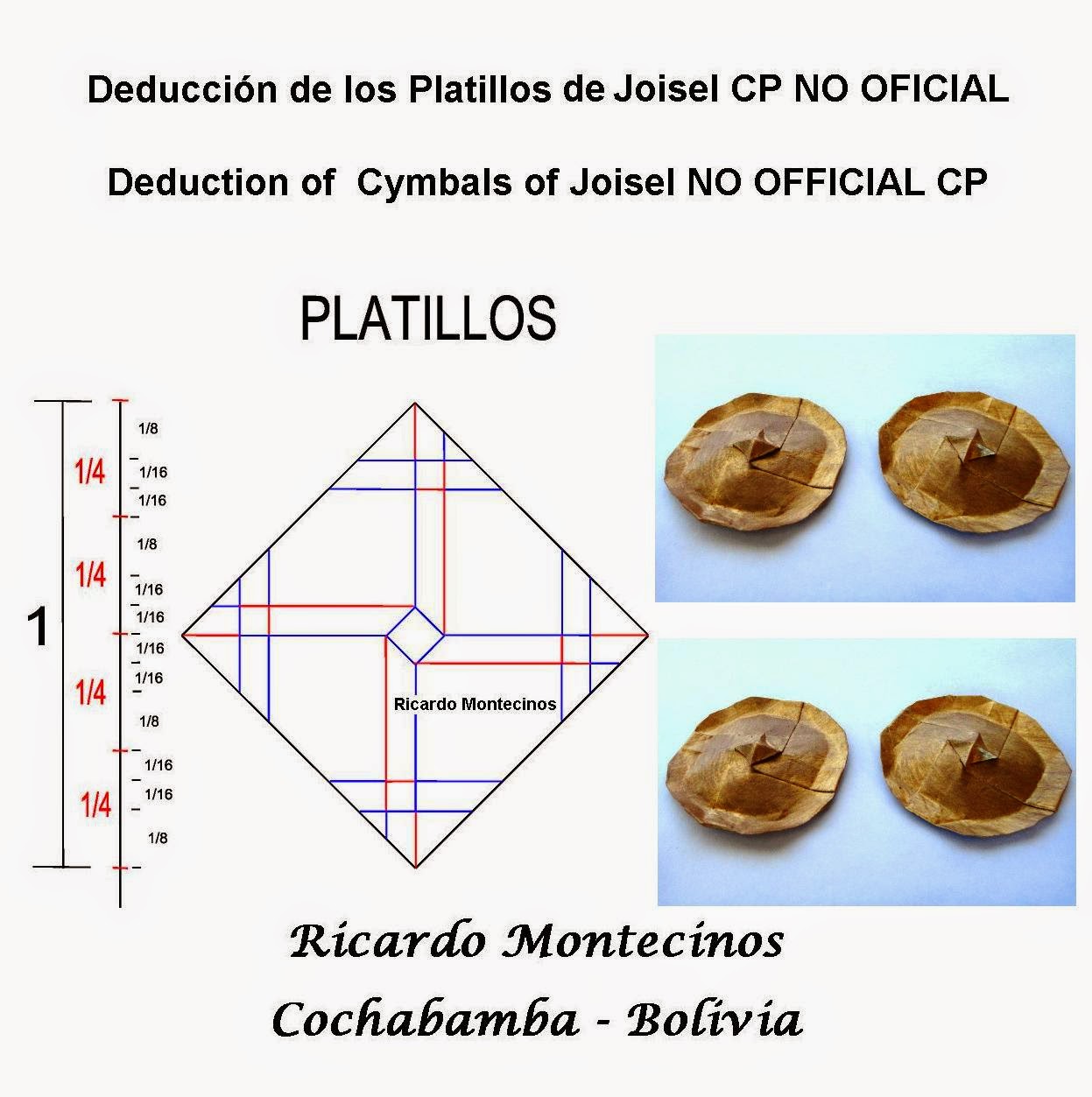 It is a very simple and easy to fold model. It should not take more than 5 to 10 minutes to collapse. However, giving it a good final touch is a little challenge. You have to be very careful to give it a circular form and the right curvature to the plate. In my case I used kozo paper painted with two layers of deep gold acrylic: 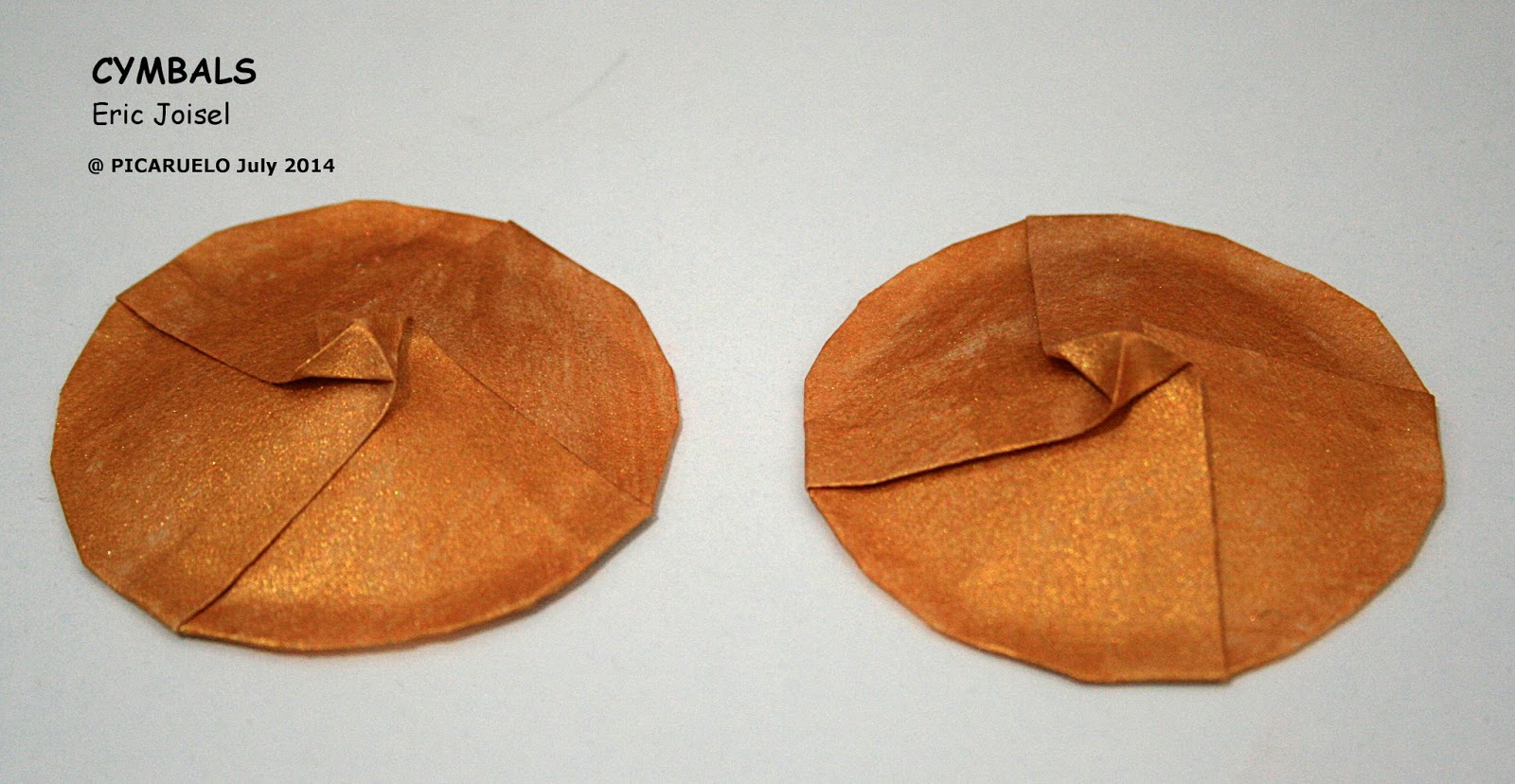 As always I leave some pics of the model from different perspectives: 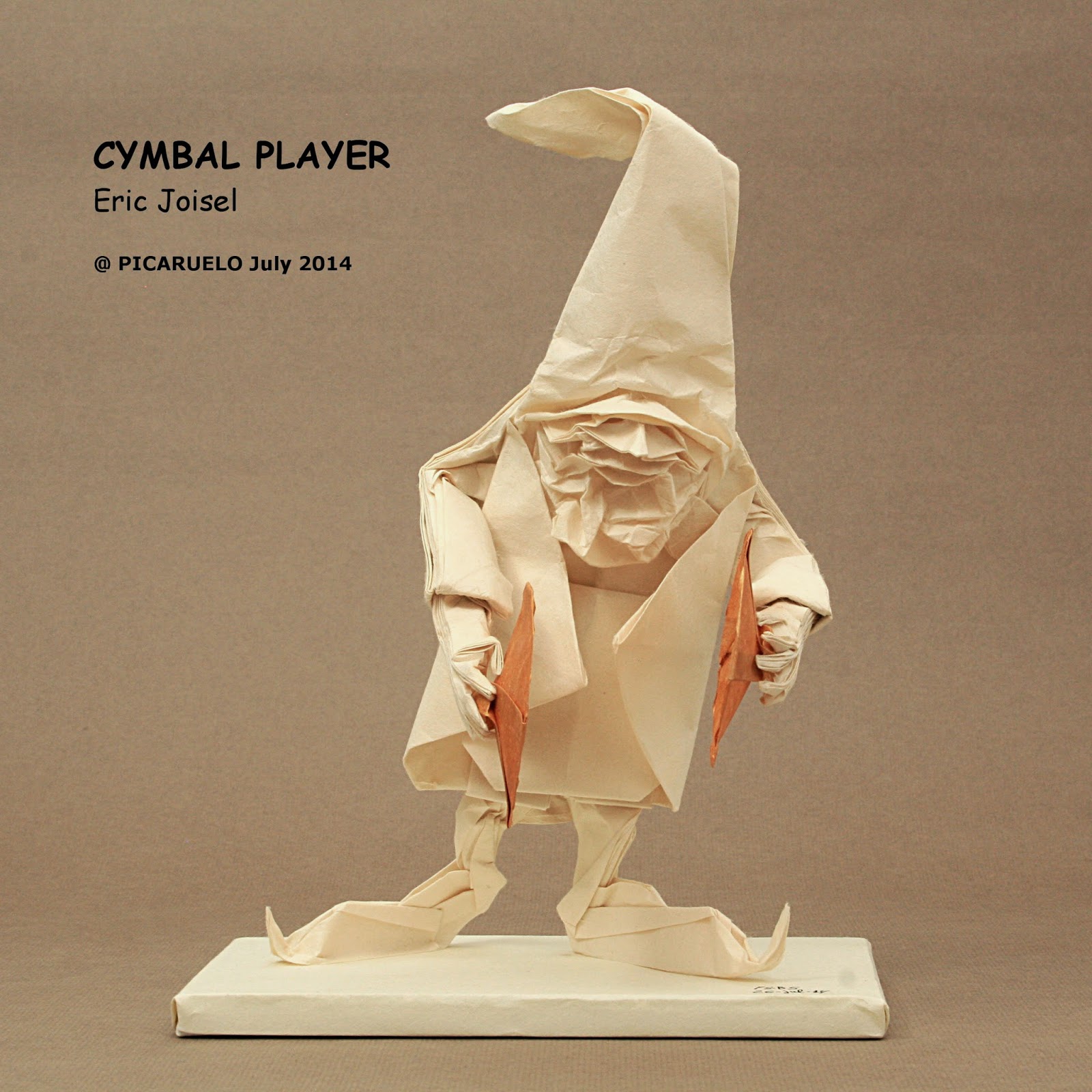 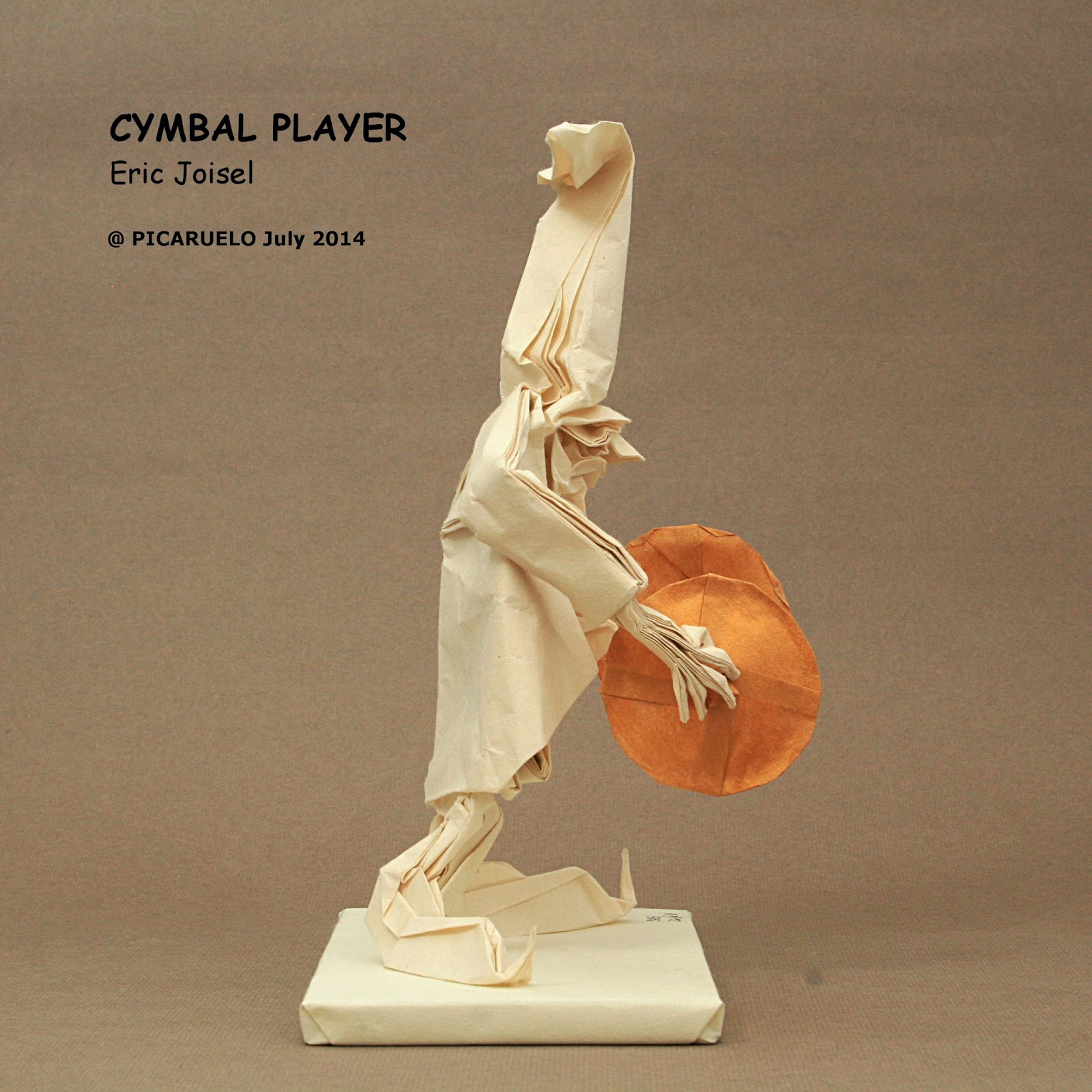 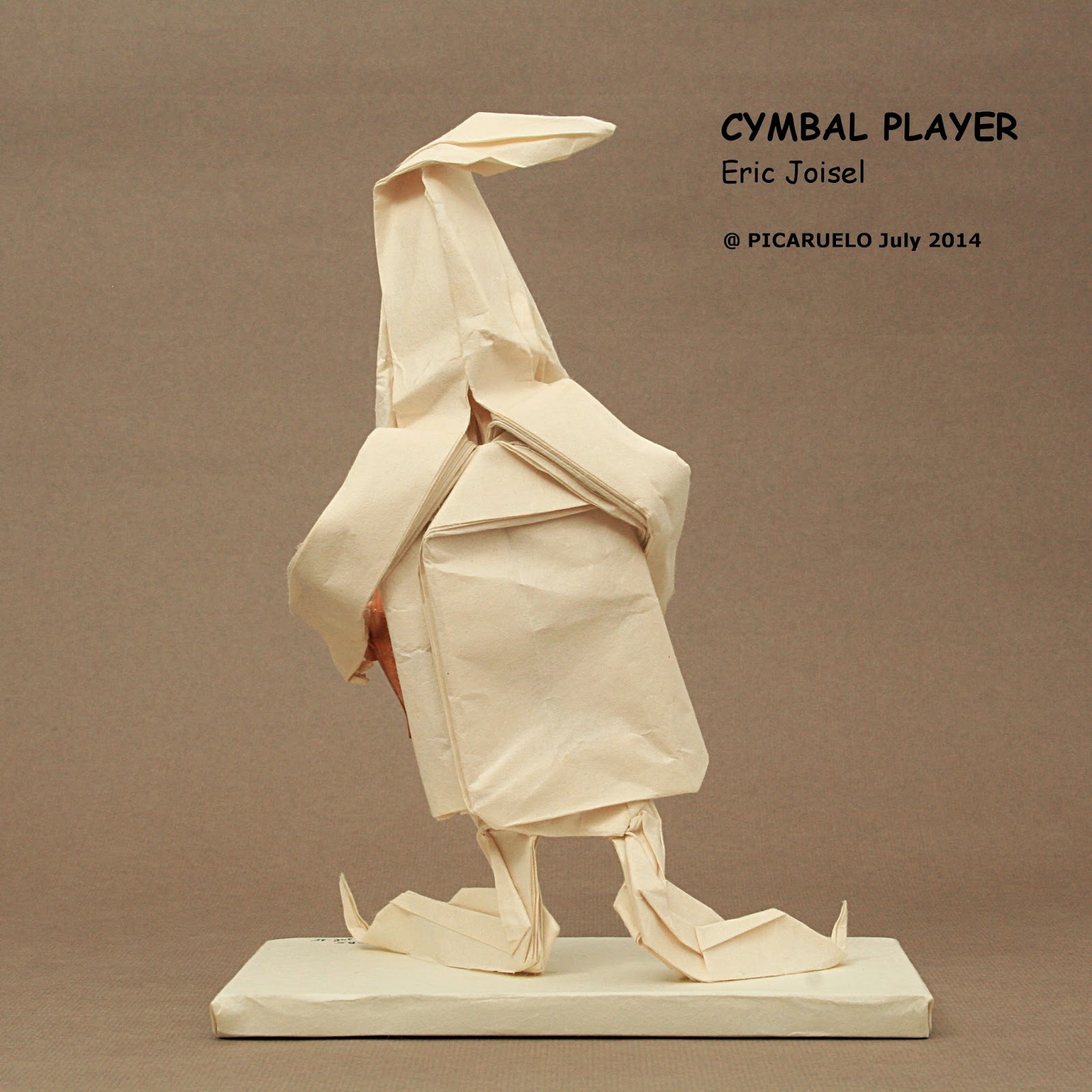 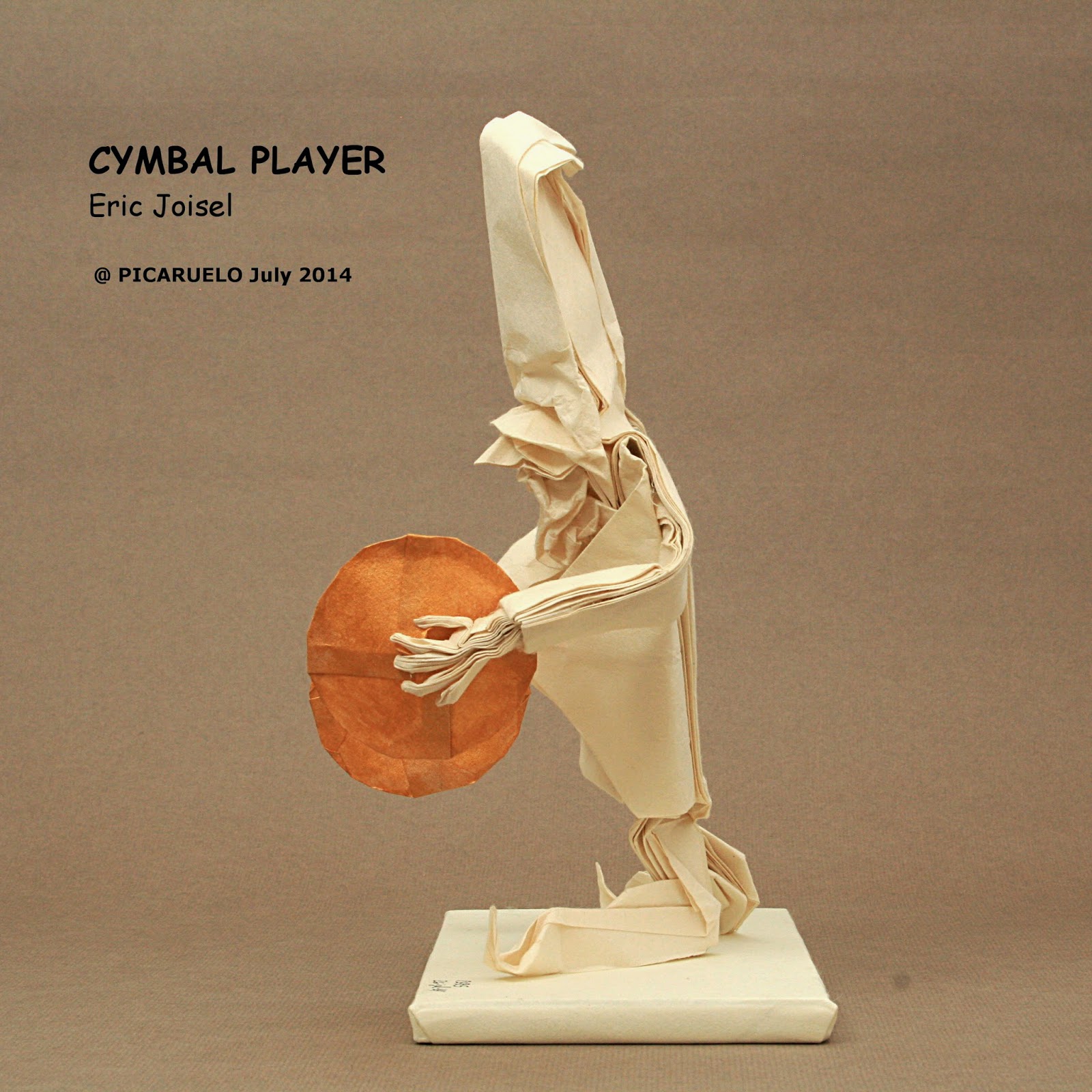 
The instruments where also folded in parallel. Here you can see them just before being put in the hands of their owners: 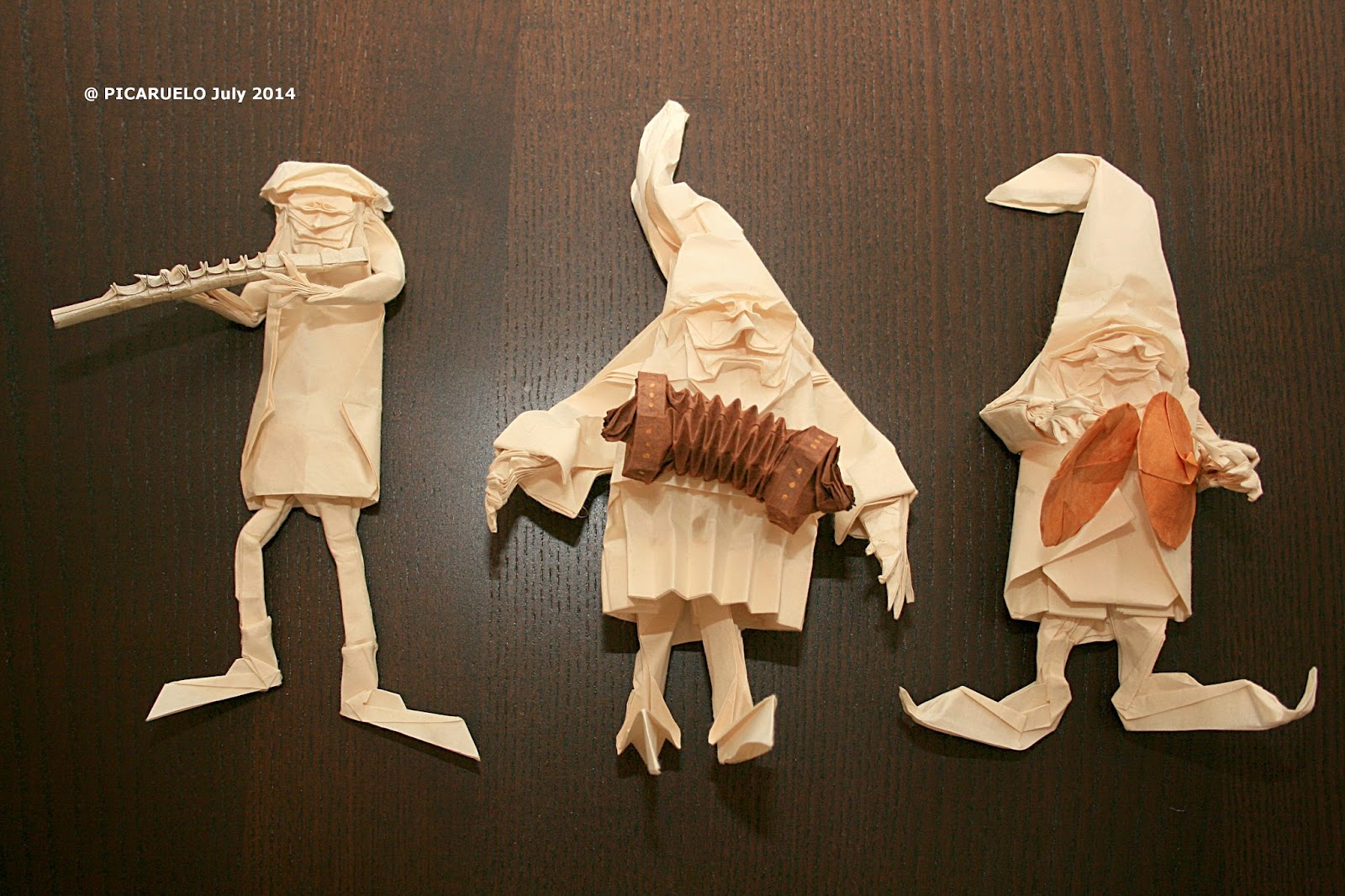 And finally, I want to show you some pics that were a little photographic innovation for me. The first one was made with reflected light coming from a LED lamp and with the background far from the dwarf. I got more contrast and a somehow more dramatic and cold atmosphere. The background, dark grey, adds up to that cold feeling. 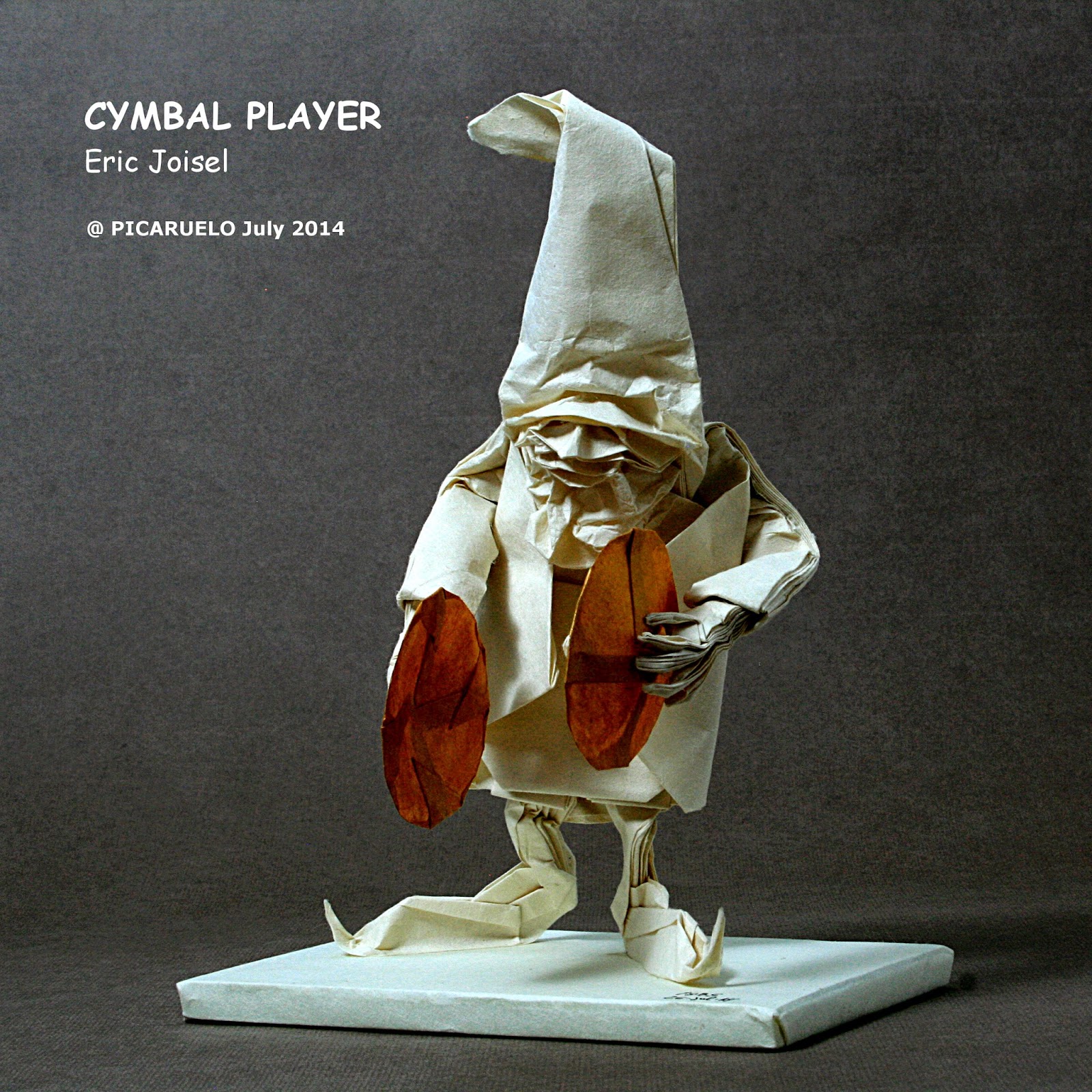 The second photograph was made in the same conditions but using flash illumination. The dwarf becomes brighter and the light warmer. 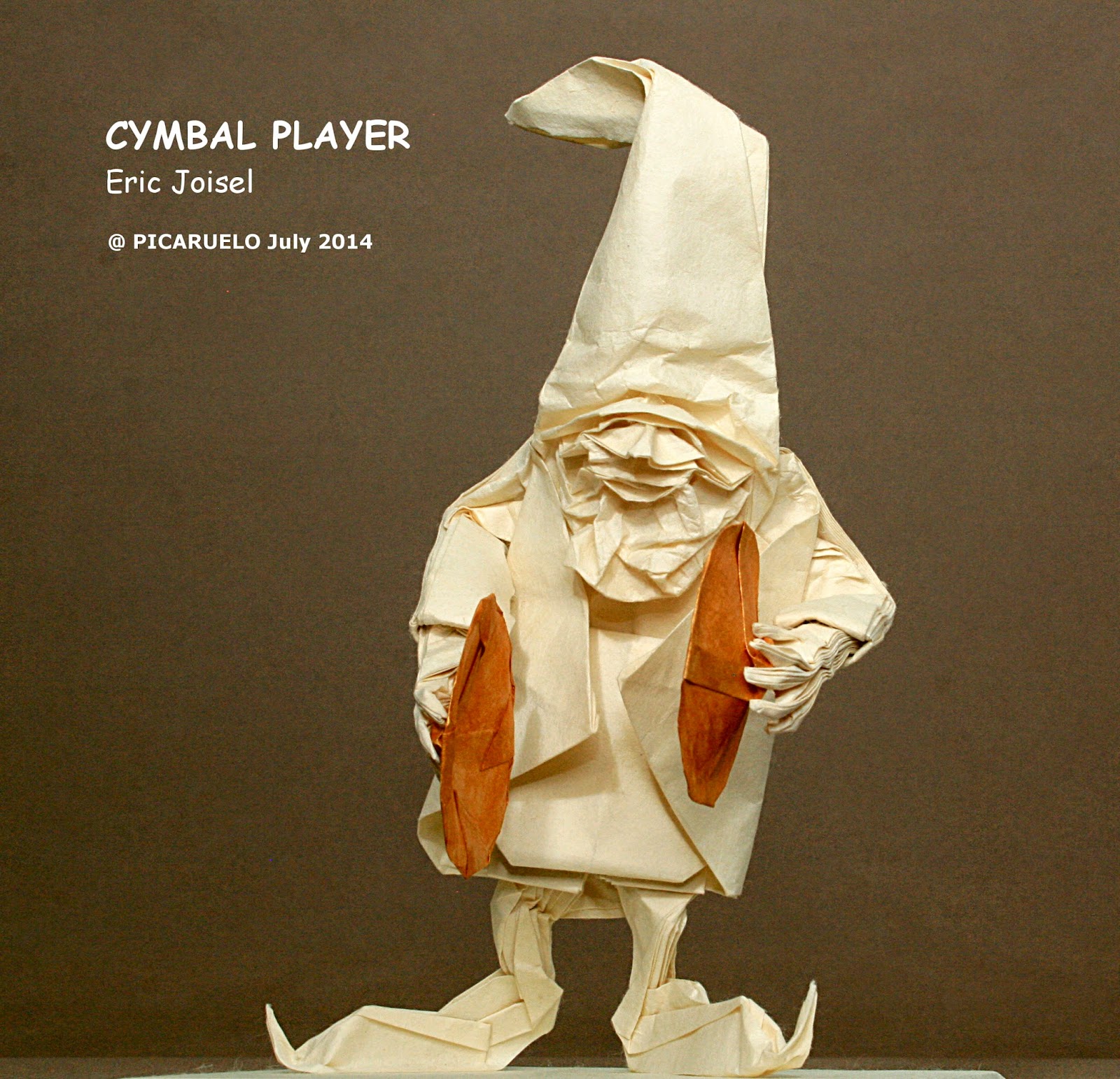 As in origami, photography combines creativity and technique. Experimentation is as necessary in origami as in photography. Changing parameters as exposure, light direction, light source, depth of field absolutely changes the photo.

I am still thinking about how to build a simple, inexpensive and easy to set up photographic home studio.